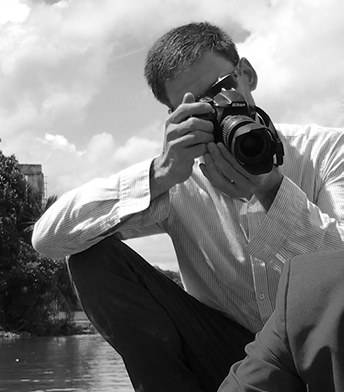 I am an anthropologist trained in evolutionary approaches to cultural and social behavior across our species. As a student, I conducted ethnological research focused on the significance of storytelling in human evolution and its transformation in the context of colonialism and other interethnic scenarios. My attention has since turned to ethnographic research and filmmaking. I have conducted fieldwork in rural Bangladesh and am now making a film on socioeconomic change in the region.

I am currently working with Dr. Shenk as part of her NSF-funded project on the micro-foundations of inequality in rural Bangladesh. The research explores how wealth and health disparities emerge and/or change with market integration. During the summer of 2018, I spent two months in the field filming interviews (n = 64) designed to elicit emic perspectives on socioeconomic change in the region. I also recorded demonstrations of traditional practices as part of a salvage ethnography effort. I am now editing the footage into a feature-length film. Examples are available at https://www.ethnographicfilmproject.com/film-projects.

My ethnological research investigates traditional lifeways in transitional contexts, drawing upon ethnographic data sourced from the Human Relations Area Files and insights derived from evolutionary theory to illuminate the processes through which the contemporary world came to be. My earlier scholarship explored: [a] continuities between indigenous and world religions and [b] the role of stories in facilitating cooperation between unrelated ethnic groups within multicultural contexts. More recently, I collaborated with Dr. Shenk to investigate factors driving transitions away from matrilineal kinship across societies in the Standard Cross-Cultural Sample. The goal of this research was to answer whether arguments that there has been a cross-cultural trend of transition away from matriliny are supported and whether “reverse transitions” to matriliny occur despite claims of rarity. We also explored the causes and correlates of these transitions and discussed the nature of the data used to support these claims. Our paper, “When does matriliny fail? The frequencies and causes of transitions to and from matriliny estimated from a de novo coding of a cross-cultural sample”, is part of a theme issue of Philosophical Transactions of the Royal Society B that was published in 2019.

My courses emphasize the critical, methodological, and technological skills students need to explore their humanistic and scientific interests both in- and outside of the academy. This is part of an overall effort to prepare my students for graduate school and the job market.